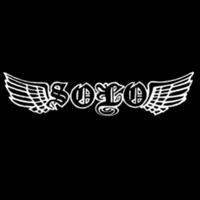 it is difficult to perceive the punk rhythm that the band insists on having its Jamendo profile, it is possible to notice carefully the songs “Carcelona”, “tachycardia”, “Lost” and especially in the song “May 15” which reflects more The essence of punk for its lyrics. The rest of the songs are too combined with the soft passages, the arpeggios and numbing riffs (such as the "rock and roll" song) that rather classify the songs within another musical context more related to pop rock. In general, singing interventions are quite far from the aggressive tradition of punk, as well as in the instrumental part. If we talk about the implemented voice we have a clear contrast since the vocalization is torn but very relaxed, so it does not generate the feelings of anger typical of punk rock. Finally the last two songs "sand landscape" and "Guitar lovesong (which should be called" Sugar Sugar "Tribute to The Archies") are within the surf genre. Download From jamendo
Publicado por Lord Mysticus en 17:27