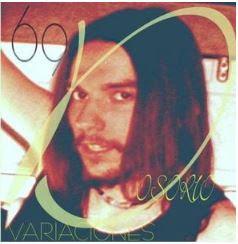 musical project created by the Osorio brothers, this time comes this instrumental album that was recorded and self produced by David Osorio. You can listen to sexy and delicious guitar solos that accompany the melodies throughout their journey with impeccable performance. The most notable songs within the universe of Hard rock and rolly Blues are: "out69roll", "R69Blues" "Old69blues" and "rock69emotions". The 69 variations surely refer to all those combinations of major and minor concatenated in the traditional 12-bar structure within the blues. The scales are traditional within rock and roll, hard rock and Blues rock, but they undoubtedly show spectacular technique. Download From jamendo
Publicado por Lord Mysticus en 14:51